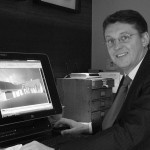 O’Brien Design is run by David O’Brien. David qualified as an Architectural Technologist at Waterford Institute of Technology in 1985. The next five years were spent working in London gaining invaluable experience. There David worked on such prestigious projects as County Hall on the South Bank. He was also involved in the re-development of London Docklands.

In 1991 David returned to Wexford. He became a partner in Scanlon-O’Brien Architects. For twelve years this highly successful practice took on large and small projects in both Wexford and Dublin. David’s career then moved from Architectural Technologist to Project Architect. He carried out this role for a number of years. In 2010 O’Brien Design was founded.

David has kept up to date with the ever-changing demands of building design. He studied Law at Trinity College.  He completed a FETAC course in Soil Testing. He was awarded a BSc in Building Surveying from the University of Reading in the UK. He was also awarded a Masters in Architecture: Environmental and Energy Studies from the Centre for Alternative Technology (Wales) and the University of East London.

David is a Registered Building Surveyor with the Society of Chartered Surveyors of Ireland. As such, he can act as an Assigned Certifier and Design Certifier for the current Building Regulations in Ireland. 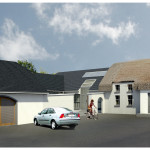 David’s ethos for O’Brien Design is to provide practical designs with eco-friendly credentials.

We use cookies on our website to give you the most relevant experience by remembering your preferences and repeat visits. By clicking “Accept”, you consent to the use of ALL the cookies.
Cookie settingsACCEPT
Manage consent

This website uses cookies to improve your experience while you navigate through the website. Out of these, the cookies that are categorized as necessary are stored on your browser as they are essential for the working of basic functionalities of the website. We also use third-party cookies that help us analyze and understand how you use this website. These cookies will be stored in your browser only with your consent. You also have the option to opt-out of these cookies. But opting out of some of these cookies may affect your browsing experience.
Necessary Always Enabled
Necessary cookies are absolutely essential for the website to function properly. This category only includes cookies that ensures basic functionalities and security features of the website. These cookies do not store any personal information.
SAVE & ACCEPT